The Youth Exchange Divercity – Minding minorities took place at Palermo from 20th to 25th October, 2015 and has been realized by the organisation Per Esempio in collaboration with the Hungarian organisation Ifjúsági Szolgáltatók Országos Szövetsége the French association Pistes Solidaires Méditerranée, the Estonian association Seiklejate Vennaskond and the Greek association Youthnet Hellas.

Getting subsidized by the Erasmus plus programme of the EU, and being part of KA1 (Learning Mobility of Individuals), Divercity has afforded the opportunity to a group of 30 young adults between the age of 16 and 24 years to experience collective learning , not only in order to help them gain new competences but also to support their personal growths and the development of civic awareness. The activities, which have been realized during the exchange, have their seeds in and evolve themselves following the pedagogic principles of informal education between people with the same cultural background but also putting the focus on the intercultural contact.

The project’s main purpose was to combat racism and intolerance by educating the human rights, supporting empathy, tolerance and solidarity, concerning the conditions of the minorities such as migrants and other people suffering social or economic disadvantages or exclusion. During the exchange, the participants have been involved into activities, which encouraged discussion about stereotyped ideas from different cultures, favouring the reflection and outgrowing/overcoming prejudices. The participants of the exchange have received the opportunity to expend their knowledge about the Human Rights, to understand the meaning of equality and diversity and to develop a more critical point of view towards topics about racism and discrimination, which currently often have been discussed within the Europe debate. 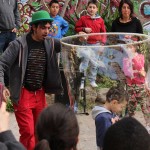 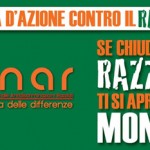 International Day for the Elimination of Racial DiscriminationProjects