The associations which promote this project have been carrying on for years a relationship with the schools of the neighborhood in order to support educational institutions in the promotion of some important collective issues, such as multiculturality, active citizenship and environmental education. The project is particularly addressed to the primary schools Nuccio and Verga, situated in the historical centre of the city of Palermo. The goal was to make children aware of the environmental problems of their neighborhood, not only in relation with strictly hygienical issues, but also with concern to the carelessness about public spaces and the lack of playgrounds for children.

Through the story of Mago Riciclone (the Re-Cycling Wizard), a funny character with a magic power, who transforms rubbish into beautiful and useful things, kids gained awareness about their own power to become creators of beauty and care in their own neighbourhood, as well as in the whole world.

The project mainly took place at the school, but it included some stages all over the neighborhood: piazza Mediterraneo (a former dumping ground converted into a square thanks to the interventions of locals, associations, and active citizenship groups), Handala garden (another former abandoned area restored by citizens and associations), and Santa Chiara centre. These stages have been an encouragement for children in the direction of active citizenship through practical and simple examples.

Through the workshops children learnt to use imagination in order to create objects by recycling old and useless material, gaining at the same time manual skills and developing a sense of active participation, collectivity, care and restoration of spaces and objects. 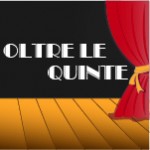 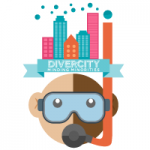