“Multi Generation “has been a Youth Exchange, forming part of the Erasmus + programme, which took place at Palermo from 17th– 22th November, 2015. Thirty-six juveniles have been involved into the project, coming from Switzerland, Portugal, Romania, Turkey, Egypt and Italy, living together for a week in the ambit of Ballarò. Performing informal activities, issues of migration, terrorism and prejudices have been reflected. All of the participants have been regarded as bearers of human values, which they could add to the discussion actively instead of just being a passive audience.

Regarding the context of the terrorist attacks in Paris, this exchange has been a particular success as it has been able to overwhelm fears and uncritical closure concerning diversity and cultural variance. The juveniles have expressed an honest will of comprehension, without letting themselves influence by the diffuse newscast of the mass media, rather giving the dialogue a constructive and stimulating character.

The result is overwhelming: working together in groups, cultural exchange has been experienced personally, accompanied by the great curiosity of getting to know each other, different lifestyles, and traditions. As well as all of them, without any exceptions, were able to find at Palermo their own laboratory under the open sky of integration and exchange (of experiences, ideas and cultures) fascinating with all its various facets.

“Multi Generation” has been the opportunity to break the vicious circle of stereotypes by clearing them up and promoting the intercultural education of the participants. 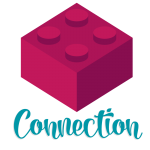 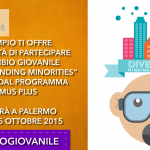