Take Your Chance” –  Education Against Early School Leaving is a EVS mobility project developed in partnership with Asociación Juvenil Intercambia (Spain) and Pistes Solidaires Méditerranée (France). The project takes place from October 2017 to June 2018 in Palermo and involves two young people aged between 18 and 30 (one for each partner organization).

The project aims at reducing early school leaving levels, improving literacy and strengthening education and childcare (Youth on the Move Initiative) in disadvantaged areas of Palermo. “Take Your Chance” activities take place in the neighborhood of Borgo Vecchio, featured by high levels of social exclusion and in which Per Esempio, as a non profit organization, runs a center against early school leaving and cooperates with another one promoting gender equality.

In this contexts the volunteers approach important issues identified as priorities by Erasmus+ programme: the fight against early school leaving and the promotion of women empowerment.

The project aims at achieving the following specific objectives:

– to increase volunteers’ knowledge and skills about the role of non-formal education and its tools in the fight against school drop out and gender violence;

– to raise their awareness about the value of voluntary activities as a strong instrument of active participation, solidarity and social inclusion.

During their service, the two volunteers will support Per Esempio’s educators in running activities:

in organizations fighting gender violence, gradually approaching this complex subject strongly connected to youth and childhood problems and therefore linked to early school leaving phenomenon. They will support Per Esempio staff in the implementation of creative activities addressed to children and mothers, focusing on strengthening parental skills, and outdoor activities involving families such as city tours and visits of historical and cultural interest.

In order to carry out Take Your Chance, in 2019 the leading organization – Per Esempio Onlus – has received public funds amounting to € 1.945. 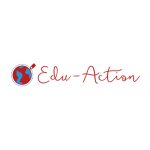