Per Esempio, a Sicilian no profit organization (www.peresempionlus.org) needs your help in teaching young Sicilians to stand up and take effective action in challenging situations.

The Heroic Imagination Project (HIP) is the original project of a non-profit organization led by Philip Zimbardo, Professor Emeritus at Stanford University and former president of the American Psychological Association. The mission is to teach young people the skills and awareness needed to make effective decisions in challenging situations.

At HIP, we have been developing school programs in order to encourage positive change not only in the lives of students, but also within their communities. On the basis of the results from the studies conducted by internationally famous psychologists, these educational programs provide both students and teachers with a set of tools to counter implicit false beliefs that we hold about ourselves (“Mindset” program) and to better face emergency situations (“Bystander effect” program).

The concepts of diffusion of responsibility, collective ignorance and belief in a just world are central to this program. They are studied in depth via educational videos and lead teachers and students to debunk the idea that, if in an emergency situation, the victim is more likely to receive help if surrounded by a lot of people.

Professor Zimbardo, the founder of HIP, was born in New York into a family of immigrants from Sicily. Whenever he asked his grandfather where his family came from, the answer was a vague “a little town outside Palermo”. It was only recently that Zimbardo was able to trace the origins of his family: Cammarata, a village in the middle of Sicily.

The extraordinarily high unemployment rate in this town (41%), along with the lack of hope and sense of future among too many teens, motivated Zimbardo to act to build a better future for young people. The idea, discussed with two Sicilian colleagues, was to bring HIP to Sicily. As a first step, however, a pilot study was needed to assess the effectiveness of its programs within a cultural setting that was unquestionably different from the American one.

Why do we need this money and where is it going?

The combined results from the “Mindset” and “Bystander effect” programs and the enthusiasm of the participants in the pilot study clearly illustrate how the HIP educational course, which has been successfully tested in many American schools, is extremely effective within the Sicilian culture also. Now we need your help to bring HIP programs to more schools and classrooms, offering our programs as a supplement to the normal school curriculum.

The money that you donate will go towards paying the following:

· Rewards for donations and shipping costs

Your support will allow 1,000 students to change their mindset to achieve success and happiness. Such a change, far from being purely formal, has important implications for the school curriculum: as shown in the social psychological research, students with a growth mindset tend to aim for more ambitious goals, to work harder to reach them and view failures as normal events in the course of learning.

Your support will also allow students to learn how to take heroic action during critical moments, i.e., on behalf of others in need or in defense of integrity or a moral cause. This is what some of the participants in our pilot study learned: “I have learned not to follow the crowd, even though it is hard. To reason with my own head and stay clear-headed, whatever situation I am faced with”. “Being heroic does not mean having superpowers. Being heroic means being there for others and helping them, regardless of their gender, age or race” 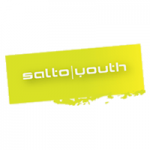