I decided to take part in this programme because I’ve always been concerned with helping others, particularly those less fortunate than myself. This is probably due to my mother being incredibly doting throughout my childhood, however, I’ve wanted to do more since I spent a holiday in Kos, Greece during the summer of 2015. I had seen the negative portrayal of the migrants escaping war torn lands in the media and I struggled to believe how anybody could view them as a threat. After all, if your home was being destroyed surely you’d want to escape too?

Once I got to Greece and saw the situation there I realised that almost everything the British media was saying was wrong. I had no need to be wary of these people, they were simply human beings just like you or I. They were scared families who needed help and it broke my heart to see them being looked down on by most of the people walking past them on the street. I realised that they need as much help as possible and this programme is the perfect opportunity for me to be able to do that. Back then all I could do was offer some food and a smile, but with this opportunity hopefully I will be able to actually make a difference to people’s lives on a more long term basis.

Prior to being here I expected it to feel much more like a job, although I knew it would be rewarding I didn’t expect it to be this easy after being showed the ropes; it goes to show that the biggest obstacle to getting started and helping is taking that first step! I feel like I’ve developed good relationships with all the guys at Elom & Azad as well as the children at Il Giardino di Madre Teresa, and developed skills within myself just through developing these relationships, not least the level of my Italian!

I would wholeheartedly advise other people to try to do something similar to this, I feel much more well-rounded as a person already, and as I’m starting a project design course this week, I’m sure things are only going to improve. 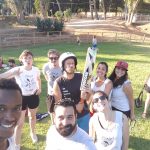 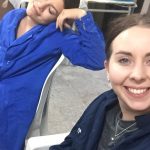